What’s On in East London is the Eastern Cape’s oldest and most established tourism and hospitality magazine and website, serving both local and visiting consumers in the popular river port city. The magazine is produced as a monthly publication in a handy booklet size. Apart from listings for local restaurants, hotels and important local retailers, the magazine and website is a vibrant window into the social life of the city with an extensive menu of entertainment events, social and sports clubs and service organisations.

​What’s On in East London magazine is distributed to local and national tourism organisations, hotels, bed and breakfast establishments, the airport, restaurants, shopping centres, supermarkets, various waiting rooms, private hospitals as well as at the city’s most popular tourist attractions, including the zoo, aquarium, museum, and local theatres.

The magazine has been an integral part of the city’s marketing strategy for 54 years, and is a well-loved and treasured institution. We believe that our rich history and our bold vision for the future perfectly position the What’s On to become the authoritative tourism voice not only in the city, but in the greater Buffalo City region.

We would like to take this opportunity to invite you to make use of the What’s On in East London as an advertising vehicle for your services and products. We have many different advertising options available including full colour monthly magazine adverts and classifieds, website banners and links. Also, FREE event listing in the publication as well as on our social media platforms.

​Contact us for an up-to-date schedule of rates and advertising opportunities in our monthly magazine, on the website and on our social media platforms. 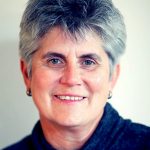 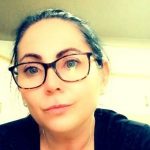 ABOUT US | What’s On in and around East London

ABOUT US | What’s On in and around East London

September 2021will mark another important milestone in the What’s On storied history. Seventeen years ago this month the magazine was taken over by its current publisher, Rentia Ellis, who purchased it from previous owners Ken and Lorraine Pulford.

It’s certainly been an eventful 17 years! Prior to September 2004 the What’s On was a predominantly black-and-white or two-tone publication, and the magazine with distributed at only a select few retail outlets within the city limits.

Since then Rentia has transform it into a glossy, full-colour magazine with a huge regional footprint, which immediately appealed to a whole new audience of readers and advertisers. Not only has the magazine doubled in size, up from its original 28 pages, but it has also added a well-trafficked website and a very popular social media presence.

In fact, advertisers are now assured of having their ads seen not only locally and regionally, but also nationally and even internationally! Our website and the electronic edition of the magazine draws hundreds of dedicated readers with East London links from all over the world, including the US, Europe, Australia and even China.

Locally, the What’s On’s popularity has increased steadily throughout the last decade and we are exceptionally proud of the fact that it has become virtually synonymous with all things tourism- and leisure-related in East London. So much so that even local tourism officials often called us for information!

“It’s been a huge privilege to produce this publication over the past 17 years, and to meet and interact with so many people in and around our region,” Rentia says. “I am very proud of what we have achieved thus far but there are many exciting new developments in the pipeline that will ensure The What’s On continues to grow and continues to showcase our region’s many attractions.”

While The What’s On will continue to exist in its present format, there are also plans afoot to launch a new digital edition, What’s On Weekly, which will ensure that our events and entertainment listings are always as fresh as possible. Look out also for our usual crop of giveaways and competitions as we ramp up to what will surely be a very busy festive season.

Here’s to 17 successful years, and many more to come!