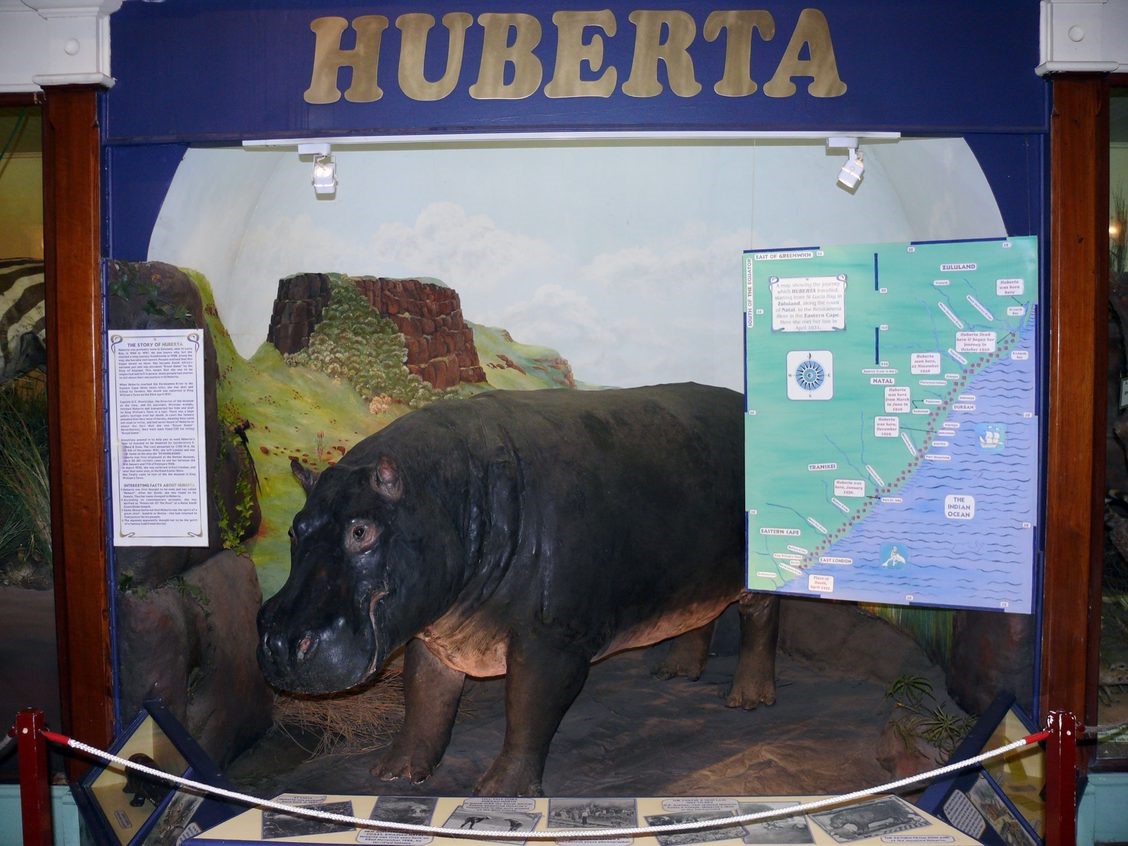 The best known exhibit in the Amathole Museum in Qonce (King William’s Town) must surely be Huberta the Hippo. Huberta’s story starts in February 1928, when a Hippo named Hubert decided to go on a remarkable journey. He was eventually found out to be a female and her name was changed to Huberta.

Huberta’s journey started when she left the St Lucia Estuary in northern KZN and travelled over 1600 kilometers over a period of 3 years. She traveled by night leaving nothing but the occasional spoor and managed to mostly evade the onslaught of journalists and curious bystanders. Her trek made headlines and she became quite the international celebrity. There were several failed attempts to capture her, but as her travels had garnered local and national attention the Natal Provincial Council declared her to be Royal Game and hunting her to be illegal.

After crossing 122 rivers the roaming hippo reached a river in the Eastern Cape. A month or so later, tragically, farmers shot her dead. The public outcry was enormous. The farmers were subsequently each given a hefty fine. With many in mourning her body was sent to a taxidermist in London. When she was shipped back to South Africa around 20,000 people welcomed her home! Today her body stands proudly in the Amathole Museum in Qonce (King William’s Town).

Shared from Firefly the Travel Guy.