German Settler Monument
Arts & Culture | What to do 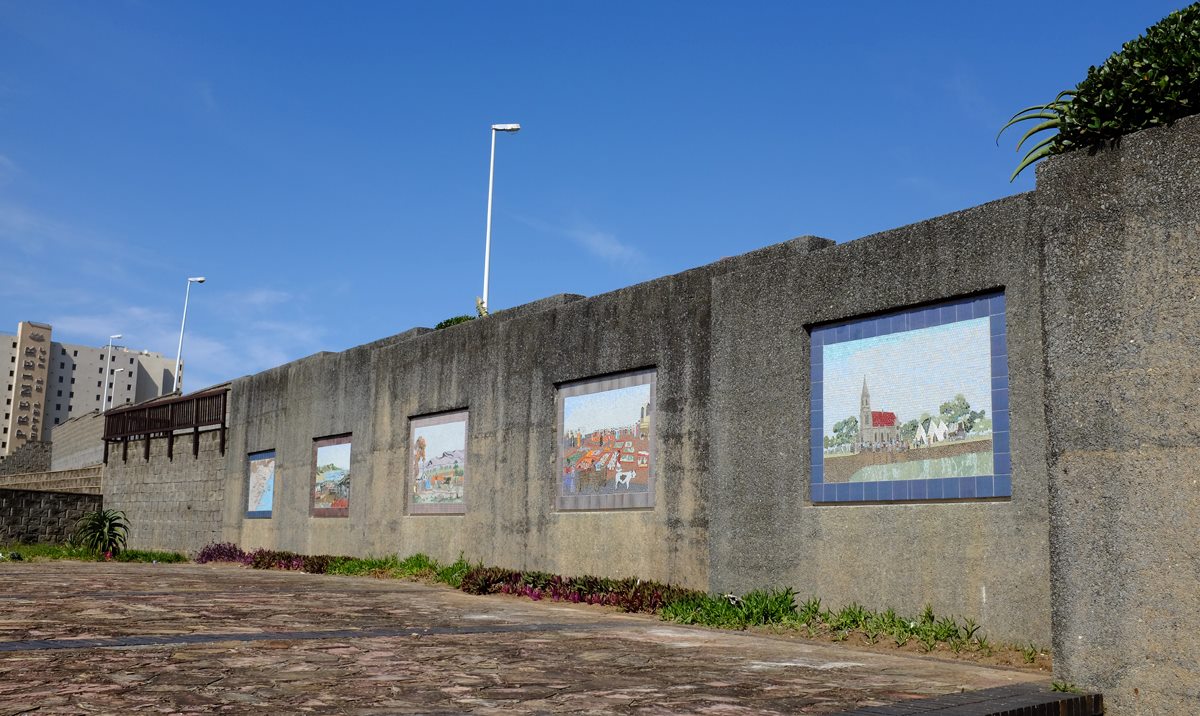 This monument commemorates the arrival of the British German Legionaries of 1857 and the German (civilian) Settlers of 1858/9. The pillar feature represents the Brandenburg Gate, a feature of the once-walled city of Berlin. The pond represents the sea and the names of the ships which transported the immigrants out, are inscribed around it. On the west wall behind the Brandenburg gate are listed the settlements to which the immigrants were sent. The central feature of the monument is a drift stone on a plinth of local granite, a gift from the German government who shipped the stone out to Qonce (King William’s Town). Situated opposite the East London Aquarium.