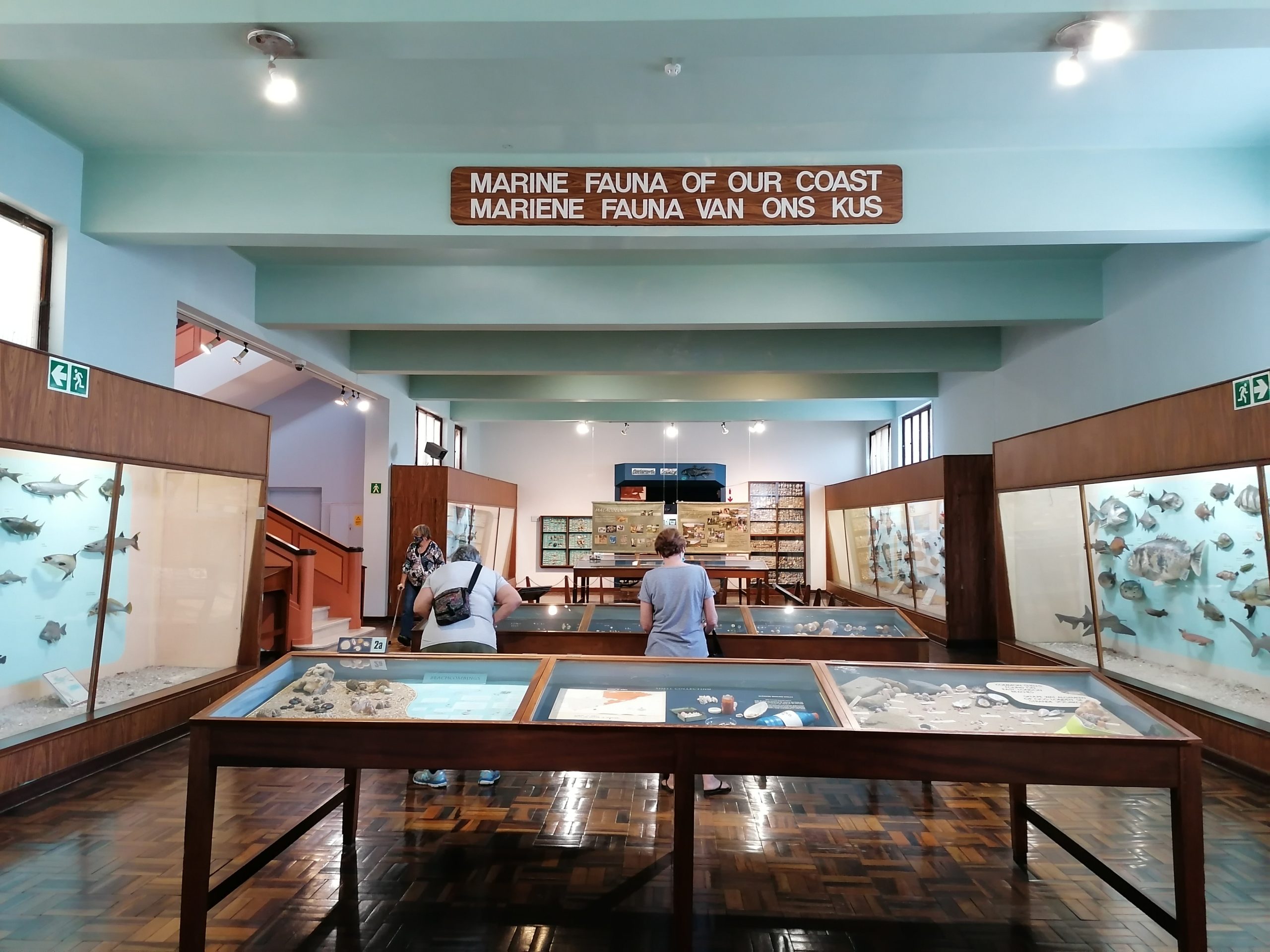 In November this year, our Museum will be celebrating its 96th birthday. The East London Museum is considered to be one of the most interesting natural and cultural history museums in the country?

With the school holiday coming up this month, why not plan a visit to the Museum and have a good look again at all the fascinating display galleries.

Over the next few months we will look at the different areas in the Museum, and report on interesting, lesser-known artifacts and collections at the Museum. In this edition we’ll take a quick look at the oceanic gallery on the ground floor.

DID YOU KNOW: Our oceanic gallery is one of the most comprehensive galleries of fish displays on the continent?

The gallery is divided in 4 display sections:

All fish are cold-blooded …right?

Not true … The Opah is the only known fully warm-blooded fish that circulates heated blood throughout its body.

Opah live in all parts of the world in the open ocean from just below the surface 50m to depths of 400m.

This 80cm specimen washed ashore at
Cebe on the Wild Coast in 2013.This was a first record of the opah from the Border region. A model of the fish was made by museum technician Greg Brett and mounted in the oceanic gallery.

This oarfish (made by retired museum taxidermist Greg Brett) which washed out at Gulu in 2003 (donated by Michael Dunmore) is displayed in the marine gallery. The ‘oars’ (elongate pelvic fins) are not used for locomotion through the water but act as ‘tastebuds’ (chemo-receptive organs) which may be useful in selecting prey species.

Most noticeable when alive is the brilliant silver colour of the head and body with crimson dorsal and pelvic fins. One of the behavioural traits of the fish is that it adopts a vertical position in the water column to spot its food (planktonic crustaceans) which are normally silhouetted against the light from the surface.

They are also known in ancient Japanese fishermen tales to warn of pending tsunamis when sighted close to the surface or beached. Oarfish can grow to a length of 8m and weigh well over a 100kg’s.

DID YOU KNOW. The oarfish is the world’s largest bony fish and could be the truth behind ancient tales of sea serpents capable of sinking ships

Well over 500 different shell species can be found along our beaches.

Hours: Mondays to Fridays 9am to 4pm